The brilliant second book from a rising star of the picture book world, tipped as ‘one to watch’ by The Bookseller magazine.

There’s a team of dognappers on the loose. They’ve stolen lots of pooches, but this time they’re up against a very clever dog.

The cunning Penelope Dognapper is keen to get her hands on the latest rare breed, the lesser spotted woofer. Her big mistake is sending Patrick, her accomplice, to do the job. He has great difficulty identifying the right dog – that dog! – and in a house that also contains a snake, rabbit and characterful cat, you can imagine the chaos that ensues as he tries to steal the dog.

That dog is a very smart one. He’s quick, clever and a bit of a detective in his spare time and he might just have worked out who’s behind the dastardly crimes. Will he avoid getting caught himself and rescue his fellow creatures? 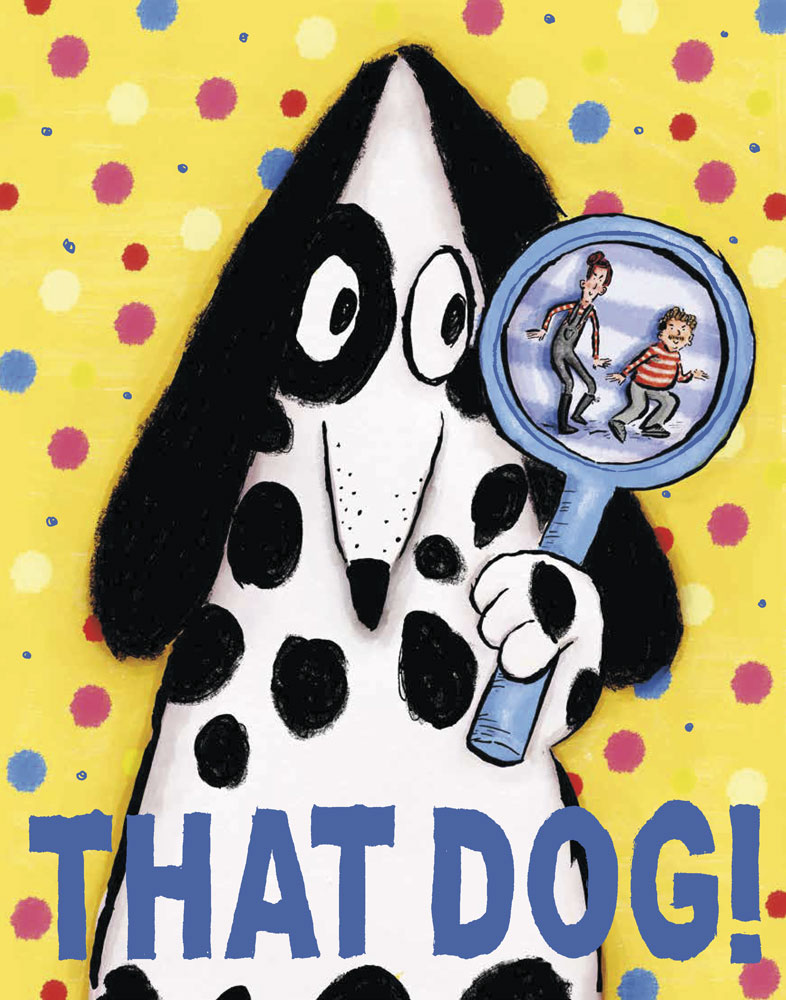 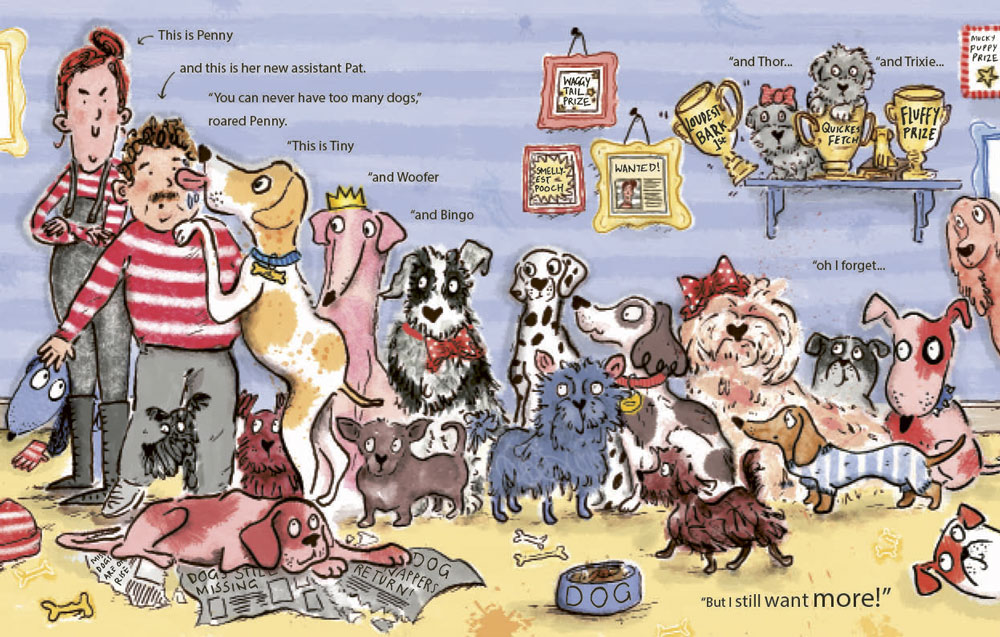 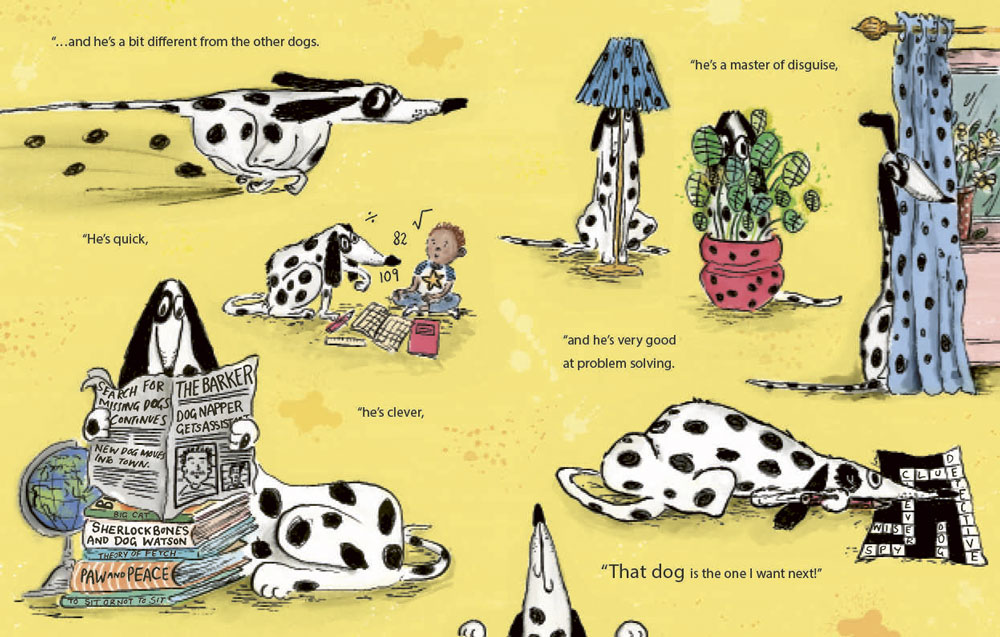 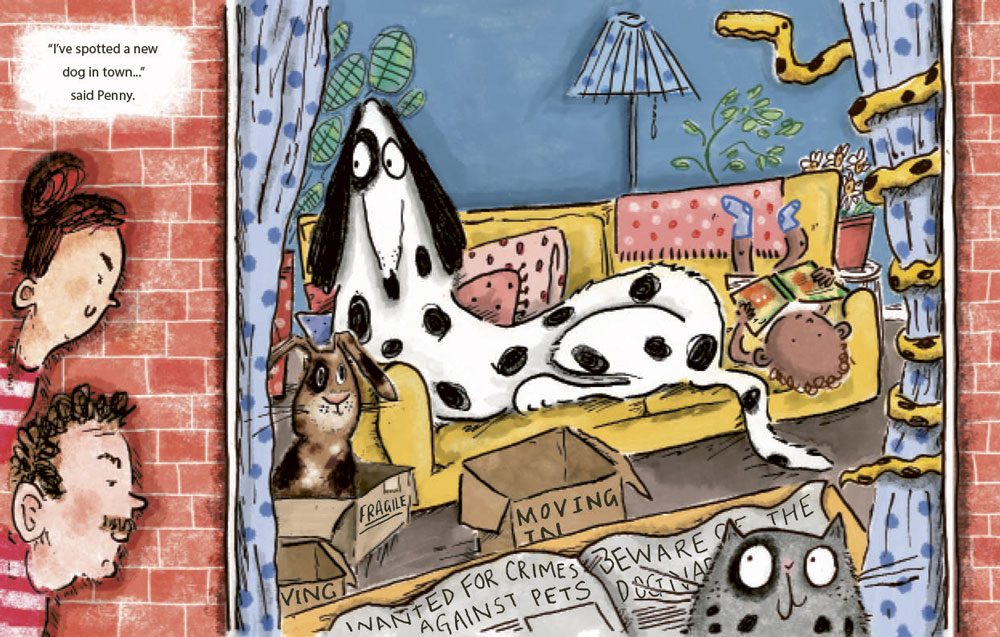