What if a Dinosaur… series

What if a dinosaur…? gives young readers a simple introduction to four dinosaur species: Tyrannosaurus Rex, Diplodocus, Stegosaurus and Triceratops. By imagining dinosaurs in modern-day scenarios, readers can learn about their size, diet and other features. For example, a Stegosaurus weighed as much as three cars – so just imagine how it would play on a seesaw!

Making use of an engaging question and answer format, this book will keep young readers entertained and help them to understand and retain dinosaur facts.

Other books in the series include:

What if a dinosaur… is a picture book series design style I developed, when working for QED. The idea was to bring dinosaurs back into the modern world today and see how they would cope in daily life. What if a T-rex arrived in town, and wanted to play in the park? What if he came to your PE lesson at school? What if he was hungry, how much would he eat? By imagining dinosaurs in modern-day scenarios, readers can learn about their size, features and diet.

Whilst looking around for illustrations, Alekesi Bitskoff caught my eye. His imaginative illustrations, simple line and bright colours fit well with the design I had in mind. I worked up some typography and cover design concepts, and sample spread of a dinosaur looking into a pile of hamburgers. After adding Alekesi’s illustrations, the first dinosaur book, There’s A T-Rex In Town came to life. With gorgeous spot UV and dinosaur skin embossed covers and humorous facts about dinosaurs, the series was further commissioned out to Duck Egg Blue, who did a marvellous job at designing the four books with dinosaur species: Tyrannosaurus Rex, Diplodocus, Stegosaurus and Triceratops! 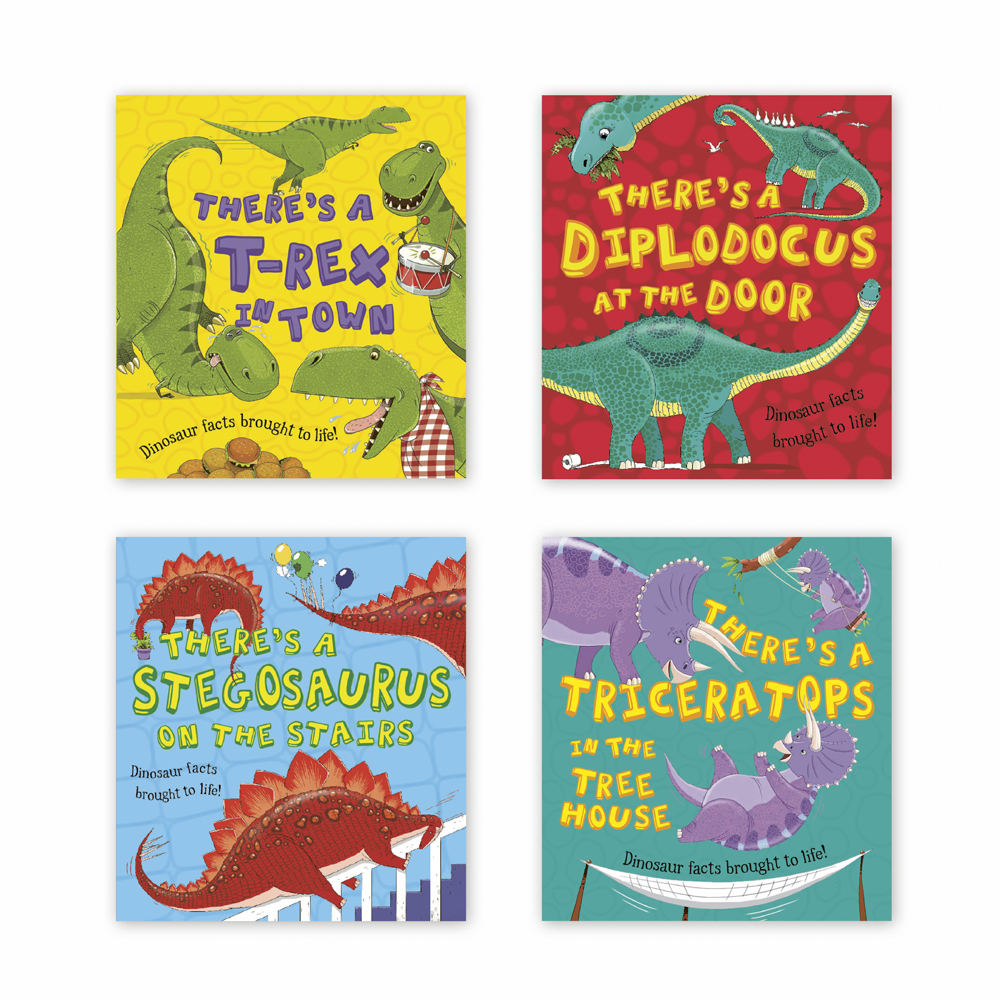